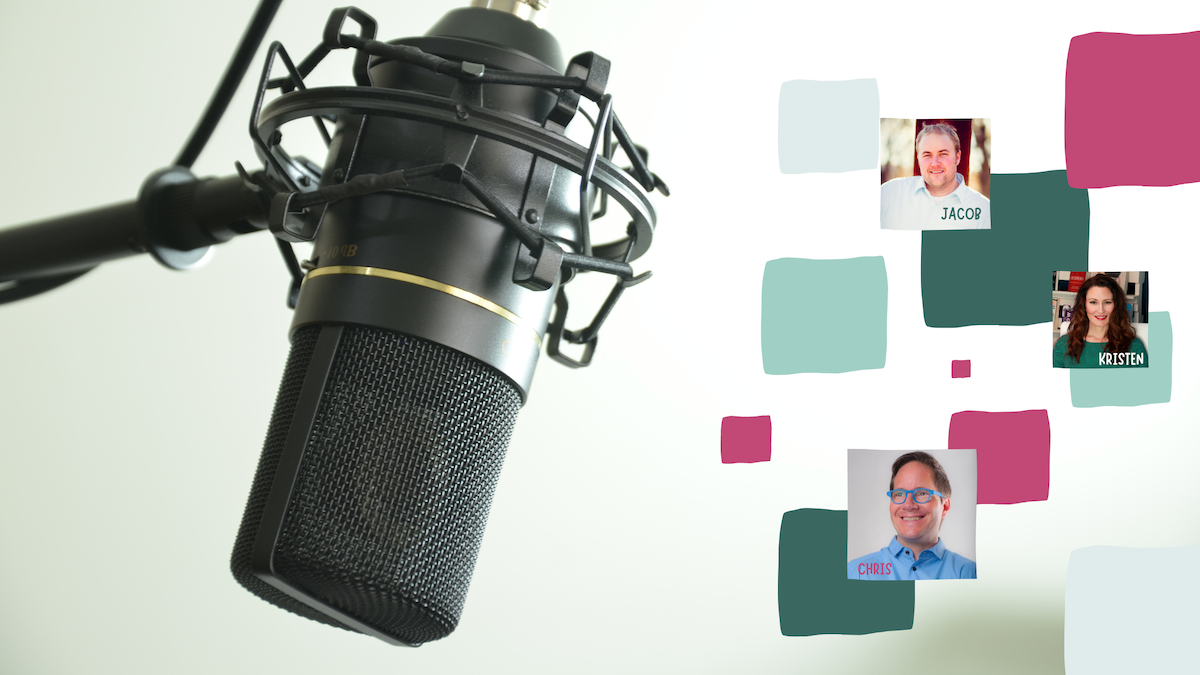 What Is the Difference Between Marketing and PR and how can they work together?

Superintendents prefer to partner with companies that see education as their mission, rather than sales.

As a public relations company, we at PRP are often asked what the difference is between PR and marketing. While the former is about creating and maintaining your organization’s good reputation and the latter is about selling products and services to people, there’s still a fair amount of overlap and no bright dividing line.

To help understand the overlap and shed a little light on the differences between the two, I invited two members of the PRP leadership team, Kristen Plemon and Chris Piehler, to join me for the latest episode of the Education Insider podcast.

“I think there are just some misconceptions by business leaders and organizational leaders on what PR really is because historically we haven't done a good job of defining it to others outside of our industry,” Plemon said. “Or people only really see a portion of it because they see interviews on TV or they see quotes in a newspaper article.”

Plemon said that while the words and messaging you put out there are important, PR encompasses much more.

“People don't necessarily realize it's really everything that you do,” Plemon explained. “It's the perception that you give from your actions and from your words, and that can be from your customer service reps or your spokespeople or your sales staff.”

Marketing has different goals and objectives than PR, according to Plemon, but in the end, it’s pretty similar to PR and it certainly contributes to the overall perception that organizational leaders should be trying to shape with their PR efforts.

“There is an overlap between PR and marketing and sales and pretty much everything that you do as an organization,” Plemon said. “Marketing's purpose is to try to sell products. It's to try to get people to want to purchase and to renew that purchase or buy additional products from that company or organization, whereas PR is trying to build a brand. It's trying to create a specific idea in people's minds of what that company or organization represents and the value that they offer.”

“PR is an ongoing story,” Added Piehler. “It's a narrative that you're building about not just your products, but your company, your people, all of that stuff put together. And I think that's why we call ourselves storytellers because that's one of the things that we build is that larger story.”

Marketing, on the other hand, “is “a little bit more direct,” added Piehler, pointing out that marketing messages are generally focused on the benefits of a product, how they will help customers, and information about how to go buy it, which they all suggest, in one way or another, you should do very soon.

How has PR Changed Recently?

The main way that PR has changed in the recent past is the proliferation of social media, according to Plemon.

Sharing your stories through all those new social channels may be PR work, but it also does some lifting on the marketing front because it can bring people into your marketing experiences. When someone from your company is featured in a meaningful op-ed in TechCrunch or cited by a reporter at District Administration, potential customers see that and then some of them are going to go look at your website and encounter your marketing at precisely the moment that they are primed to think of you as a credible expert solving challenges in their field.

“Oftentimes PR is helping to open the door so that they're more amenable to that marketing message,” Plemons added. “Really marketing PR are collaborative. They support each other.”

Is Marketing or PR More Valuable?

Organizations really need both PR and marketing, according to Plemon, and that can lead to problems because when budgets are cut, it’s most often PR because it is easier to outsource in most cases.

“Sometimes companies will find themselves in a bind because they didn't do the PR that they needed to and a crisis pops up,” Plemon warned, and “now they have a different situation to face. So it is important that companies think about PR from the founding, thinking about the story that they want to tell and how they're going to tell it. They might not be spending the big budgets that an established company will, but it's still part of what you need to do as an organization as you build and grow.”

Piehler said that many clients seem to think that marketing is a better investment because it will pay off faster.

“PR is going to take weeks or months to actually roll out,” Piehler said.

But whether you should focus more resources on one or the other—or even put one on hold temporarily — should be based on where your company is at and where you want to take it.

“It really does come down to your goals and objectives,” said Plemon. “And that's what we talk to clients about when they come through the door as we customize the strategies and activities for them. ‘What are your goals? What are you hoping to accomplish? What are the outcomes you expect to see?’ And that's really gonna dictate what levers you're pulling, how much more you're spending on either marketing or PR, and what we decide to do in the next three months, six months, or 12 months.”

Your goals aren’t just going to determine if you focus more on PR or marketing. They will also help you decide what kinds of PR you want to pursue. One common kind of PR is known as “earned media.”

Earned media are the stories that are written about you that you haven’t written yourself and (this is important) haven’t paid for. That’s why we called it “earned” media — you have to earn it by being newsworthy, or pitching a story that publications will want to share.

Earned media is fantastic, but it’s not the only opportunity to create or shape a narrative around your organization.

PR is “about creating the reputation that you want for your company or organization,” Plemon said. “That comes down to how you relate to investors, to industry professionals, whether it be trying to hire the right talent or work with potential partners or associations that you need to work with to help further your business or work with them on advocacy or legislative affairs or employee relations. You need to have happy, satisfied workers to be able to tell your story as well. When a customer service rep is on the phone with your customers you wanna make sure they're using unified messaging and they're happy to share and they kind of emit that love and passion that they have for the business.”

Can Companies Create Their Own PR?

Companies can create their own PR “in the same way that you can dye your own hair or wash your own car,” according to Piehler. “It's certainly doable. But very often having an outside eye can be helpful and, if that's us, that's great. But I think something that we often find is that companies have a really great set of goals or ideas or projects they want to do because the brainstorming can happen in one meeting. It's really the getting the boots on the ground and getting the work done that they just don't have time for often, because unless you have a large enough dedicated team, it tends to be something that can get pushed off to the next meeting.”

“A lot of times, we serve as someone who is providing accountability for them to do things that they wanted to do, but just couldn't get to, because there are so many other things for them to focus on in the everyday running of their company,” Piehler continued. “People can do it for themselves, but I firmly believe that it is one of those things where you can get better results because you have an outside perspective as well.”

“It depends on where you are as an organization,” Plemons added. “Obviously outsourcing anything has a cost to it, and sometimes a business just can't afford that. And so they have to prioritize where their budget goes, but you can do PR on your own. if you are doing it on your own I would advise companies spend their time and resources on key activities, and key strategies. That's going to help them move their business along. Most often in our case, it's working with trade publications, but when it comes to growing your business, PR is essential. And it really is something that you have to think thoroughly through. Whether that's something you want to hire internally or outsource, or it's a combination of both, that will depend a little bit on your goals and objectives and how many stories you have to tell as an organization as you're weaving that overall narrative. You do hire the experts for their expertise.”

Plemons said that often, companies will have plenty of ideas for PR, but they need help with prioritization and understanding what to do first for maximum impact.

“Another thing that we can help with is differentiating between what is a story that educators would be interested in and what is something that you as, say, a founder or an early member of a company is really passionate about,” added Piehler. “The bad example is, ‘We are the first ed-tech company to have a website that is entirely red.’ You're really excited about that because nobody else is doing that. And that's great that you're excited about it, but it's not actually something practical that an educator would look for. And so that's another way that an outside perspective can be helpful.”

“Maybe if it was something more practical, such as the fact that you have an unprecedentedly fast refresh rate on the screen of your device,” added Piehler. “That could be a marketing message, but it's not really a story. The story is about the adorable five-year-old who picks it up and understands how it works intuitively and turns to the teacher and says, “Oh my God, this thing helped me read. And then you get the tear in the eye and then our job is done.”

You Win When PR and Marketing Work Together

There are only so many hours in the day, so many days in the week, and so many dollars in the bank. You can only do so much. But it doesn't always need to be an either/or between marketing and PR. The projects that get me most excited about the marketing teams that I get to work with — and we’re mostly partnered with marketing or leadership teams — are the ones that allow me to see the value our campaign brings to their campaign.

There’s nothing better than seeing the quality of traffic flow from an article to a well-done landing page where visitors are signing up for a demo of a product or a webinar that’s going to help a bunch of kids learn to read.

I feel like we’re really winning when we can see the PR reaching out, earning trust, and pulling strangers into a marketing message that will help pair them with a product that’s going to help children learn.

Previous Story
← Howdy Partner: Engaging with Superintendents
Next Story
Consulting for Educators: 7 Tips for Staying Right with Your District While Edugigging →

These Stories on The Education Insider Podcast

Building Relationships in the Education Market

How (and Why) Your Company Should Hire Former Educators

Educators want to hear from you. 5 Tips for Cold Emailing Superintendents.

PRP Group, formerly PR with Panache! is an award-winning education PR and marketing firm serving the pre-K—12 and higher-ed community.