Improving Diversity in the Legal Profession 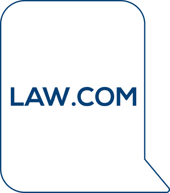 A crucial first step is leveling the playing field when it comes to taking the bar exam.

Historically, the legal profession has been one of the least diverse in the nation. In 2007, around 4% of lawyers identified as African American, and about 4% identified as Hispanic. A decade later, those numbers increased to approximately 5% each, despite the fact that African Americans made up around 13.3% of the population and Hispanics made up about 17.8%. Between 2009 and 2016, the percentage of female lawyers increased by less than one percent.

Jim Leipold, leader of the National Association for Law Placement (NALP), has noted, “The data story we used to tell about [diversity, equity, and inclusion] was a slow, upward trajectory—it's getting better. But the more I lived with that data, I thought, 'It's not getting better, particularly for Black lawyers and Black law graduates.’”

News and Announcements from Education Innovators

Our client family includes some of the biggest names in education — and some of Edtech's most exciting innovators. Together, we find and craft some of the best stories and headlines in Education.

PRP Group, formerly PR with Panache! is an award-winning education PR and marketing firm serving the preK—12 and higher-ed community.